The Led dimming curve is a parameter that a dimming device often lists. In layman's terms, a dimming device outputs light according to a predetermined function after receiving an input signal. This function image is the dimming curve. It is one of the important parameters of dimming equipment, it will directly affect the effect of light output, and it is the embodiment of the performance of digital dimming equipment.

There are many kinds of dimming curves. Some devices have presets at the factory to support users to switch between different curves. 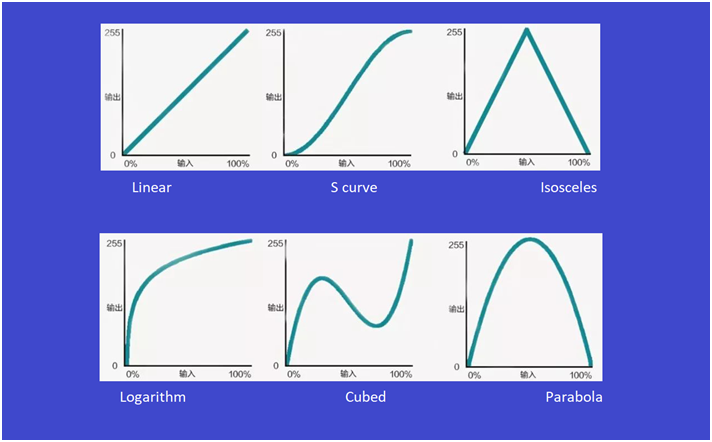 Most of the dimming curves are very simple mathematical graphics, such as common functions, sine, cosine, square root, cube and so on.

These graphics are applied to the built-in effects of the light console, by superimposing, modifying, shifting or creating new curves to obtain rich or original changing effects.

The dimming signal can be divided into two types: analog dimming and digital dimming. 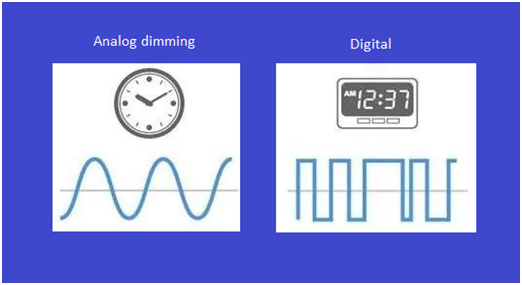 The dimming control system only needs to provide wide and narrow digital pulses to simply change the output current, thereby adjusting the brightness of the white LED.

1.  Avoid the noise generated during dimming.

1.  The white LED driver is always in working mode, and the power conversion efficiency is reduced, which increases the energy consumption of the entire system.

2.  The accuracy of analog dimming is not high.

1.  No LED chromatogram shift will occur.

2.  It has extremely high dimming accuracy.

3.  Dimming in a wide range without flickering.

4.  It can be combined with digital (DALI/DMX 512) control technology for control.

1.  When the working frequency is low, human eyes will feel flicker.

With the development of technology, we have more and more requirements for dimming control. A single traditional analog dimming or PWM dimming cannot meet the current market requirements, but the integrated mode of PWM and analog dimming CCR is a good choice.

Take the IPON PWM+CCR dimming power supply as an example:

Dimming is performed in a constant current reduction (CCR) mode. CCR maintains a continuous current in the light source and achieves dimming by reducing the current amplitude.

1.  The CCR dimming method is more efficient and simple, and the driving equipment it needs is simpler and cheaper.

3.  CCR allows the driver to be placed farther away from the light source, which is beneficial for LED replacement light sources or compact lamps with limited internal space.

Compared with simple analog dimming, the range of dimming is extended to low brightness, and the application scenarios are wider. It retains the advantages of dimming and no flicker under medium and high brightness. 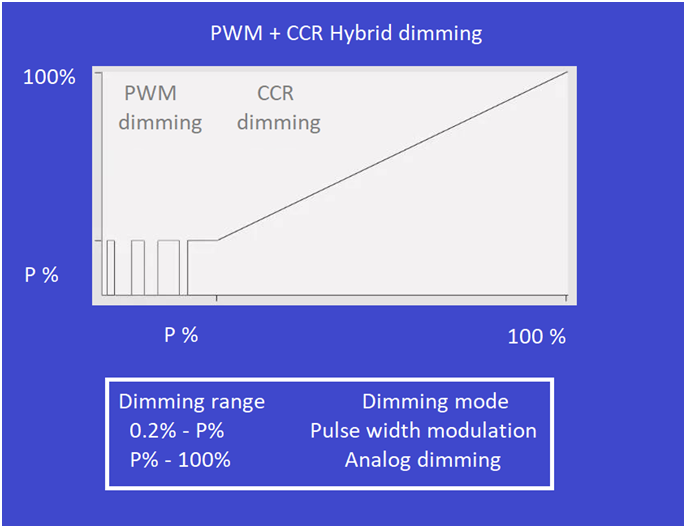 The Chinese name of MCU chip is a single-chip microcomputer, which integrates the computer's CPU, RAM, ROM, timer and various I/O interfaces on a chip to form a chip-level computer, which can be used for different combinations of control for different applications. It has high reliability, high efficiency, high power factor, flexible combination, surge protection and other protection functions. 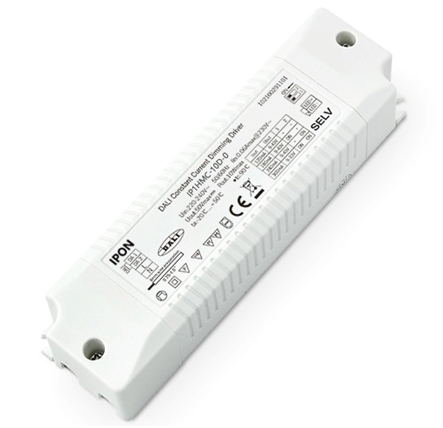 The dimming curve can be customized according to the needs of users, the dimming depth is 1%, and the dimming range is 1%-100%, which can better meet the individual needs of different customers.